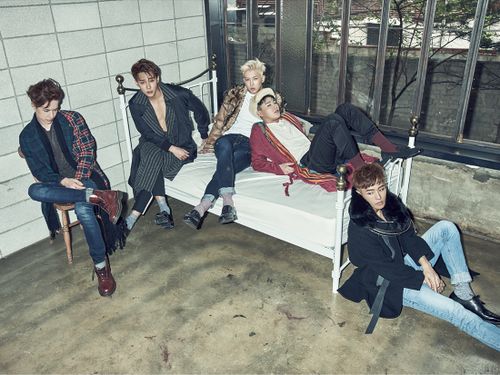 UNIQ (유니크) is a 5-member Chinese-Korean boy group that debuted in 2014 with the release of their Korean and Chinese single "Falling in Love". UNIQ was formed by Chinese company Yuehua Entertainment. UNIQ has three Chinese members, Zhou Yixuan, Li Wenhan, and Wang Yibo, and two South Korean members, Kim Sungjoo and Cho Seungyoun. Pior to debut UNIQ trained four years with YG Entertainment in South Korea. In 2015, UNIQ signed under Starship Entertainment for their Korean promotions as part of the partnership between Yuehua Entertainment and Starship Enertainment. UNIQ comes from the words unique + unicorn.