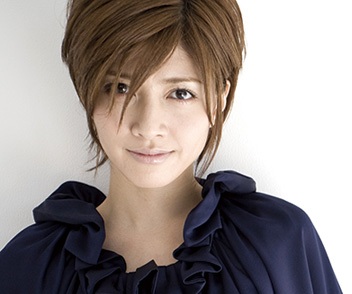 Uchida Yuki (内田有紀) is an Japanese actress and former pop singer. She was popular in the 90's and had leading roles in most of the dramas she starred in. Some of her singles and albums were produced by Komuro Tetsuya.

Uchida first became a model while she was in junior high school. In 1992, she made her debut as an actress in the dorama Sono Toki, Heart wa Mesumadreta. In that same year, she was elected to became a model for the Unichika's 1993 Swimsuit Campaign.

In 1994, she was chosen to be the lead actress in the drama called Tokiageru Shoujo. That same year, she debuted as a singer with the single "TENCA wo Torou! -Uchida no Yabou-". The song was used as the theme song of the drama Hanjyoku Tamago as it soured to #1 on the Oricon chart, making her the first female soloist the have a single debut at the top position.

In 2002, she married Yoshioka Hidetaka, who co-starred with her in dorama Kita no Kuni Kara. Thus, taking a break from the entertainment world and closing her fanclub, "YUKI kumi". However, she divorced Hidetaka on Dec. 2005.

She returned from her hiatus in 2006 by starring as the eldest daughter Tamura Masakazu in the drama Dare Yori mo Mama wo Aitsu.