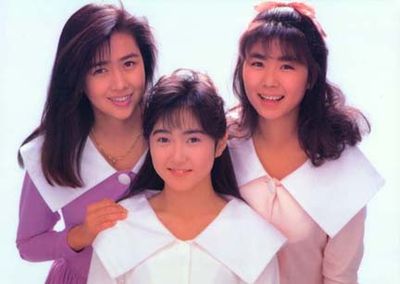 The idea to form Ushirogami Hikaretai came up when Takai Mamiko graduated from Onyanko Club, thus breaking up Ushiroyubi Sasaregumi. Kudo and Ikuina were chosen because of doing background vocals on Wanatabe Marina's debut single. They released their debut single, Toki no Kawa wo Koete on May 1987, which was the opening theme song for the anime High School! Kimengumi. Most of the group's singles was used as a anime theme song for some sort of an anime.