Utoku Keiko (宇徳敬子) is a Japanese singer-songwriter and former member of the idol group Mi-Ke. 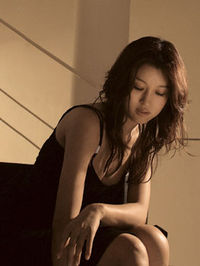 Utoku Keiko started her career when she became a model for Stardust Promotion and then became a chorus member for the band B.B.QUEENS. When in the band as a chorus member, Utoku and two other members formed the idol group Mi-Ke in 1991 to 1993. When the band split, she began her solo career with the release of her first single, "Anata no Yume no Naka Sotto Nobiko Mitai". She also began to serve as backing vocals for a lot of Being artists like Aiuchi Rina, U-ka saegusa IN db, FIELD OF VIEW, and others.

In 2003, she started to perform live concerts. She also started to write lyrics and compose for Being artists like Sparkling☆Point. Then in 2006, more then eight years since her last album, Utoku released her fourth original album, entitled Yorokobi no Hana ga Saku ~True Kiss~. She also started to become a radio personality by hosting her own radio shows.