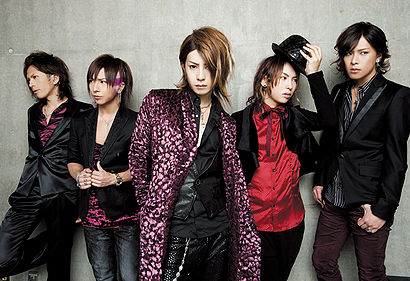 ViViD was a five member Japanese rock and visual-kei band, having formed sometime in March of 2009, that was signed under PS COMPANY's indie division Indie-PSC.. The band describes their own concept and music as "Melodic Mixture Rock", which combines heavy rock with pop and hard rapping.

On August 9th, 2010 it was announced that ViViD will become a major band, signing with the label EPIC Records, which is a sub-label of Sony Music Entertainment. Information about their major debut release didn't come until October 28th, where their fifth single ""Yume" ~Mugen no Kanata~" was revealed. 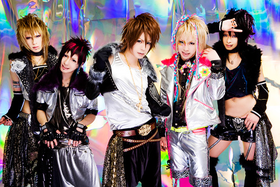 ViViD was formed in March of 2009 by the rhythm section, Iv (ex-Kisnate) and Ko-ki (ex-NoveLis). Later in March they had acquired vocalist Shin (ex-Dennou Romeo), and guitarists Reno (ex-NoveLis) and Ryouga. In early April a pop-up window in the Indie-PSC. website announced that ViViD had been signed to the label. On April 19th the band started official activities with their first live at Takadanobaba AREA. With their own official website opening in later on in April, the band announced in May that their first releases were to be released July and August.

During May and June they performed a total of five lives, starting with Shibuya O-WEST on May 11th and ending with Shibuya O-WEST on June 24th. ViViD's debut single "Take-off" was released on July 8th. The single reached #3 on the indies Oricon charts, and #63 on the major charts where it charted for a week. Before the next single, they played a string of three lives: July 18th, July 24th, and August 9th (all at Takadanobaba AREA).

The band's second single "Dear" was released on August 19th, it was first released in a CD+DVD only format and featured their first PV. This reached #2 on the indies Oricon charts, and #44 on the major charts where it charted for a week. It subsequently sold-out and was re-released on February 1st, 2010 as a CD only format. The month was finished off with a live at Takadanobaba AREA on the 31st.

In September and October ViViD took part in seven of the PS COMPANY organised "Chichuu Roukaku" events, beginning with the 94th volume at Takadanobaba AREA on September 19th. The 95th to 97th volumes all took place at Takadanobaba AREA: one on the 20th, the second on the 26th, and the last on the 27th. The three volumes in October were at different venues; 98 was at Nagoya E.L.L on the 9th, 99 was at Umeda AKASO on the 10th, and 100 was at Kawasaki CLUB CITTA' on the 17th.

On October 21st the band released their debut mini-album THE ViViD COLOR. It is their first release to be available in two different versions. The mini-album reached #34 on the major Oricon charts, where it charted for two weeks. Also on the 21st they were in the "h'evn no Omatsuri☆Tenmade Tobou!!" event organised by h'evn magazine at Shibuya O-WEST. Three days later ViViD was one of the many bands in the "V-ROCK FESTIVAL '09" mega-event at Makuhari Messe Kokusai Tenjijou in Chiba City. Concluding off the month was the special Halloween event "AREA Halloween Special LIVE 2009" at Takadanobaba AREA.