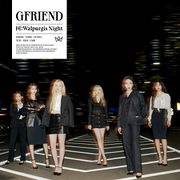 回:Walpurgis Night is the third Korean studio album and last part of the "回" series released by GFRIEND. The song "MAGO" was used as the lead track. The album is a closing of series about choices and temptations, deals on someone who realizes his/her wants and gained confidence, is honest to his/her desire and knows how to choose his/her own destiny, and furthermore, knows how to support others who are walking through the same path. The album title "Walpurgis Night" is reference to the witches festival that celebrates the passing winter and the arrival of the spring, symbolizing the group as "confident witches who bring forth the spring".

The album peaked at #3 on weekly Gaon Albums Chart. In Japan, it reached #84 on Oricon weekly charts and sold around 1,042 copies. 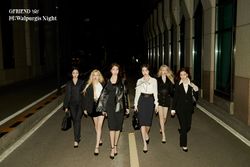 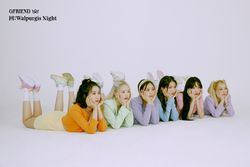