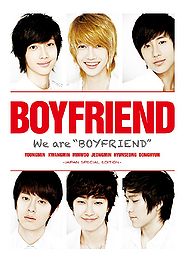 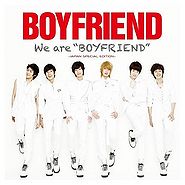 We are "BOYFRIEND" is the first Japanese best album released by BOYFRIEND. It compiles songs from their first three Korean singles. It was released in two versions, a limited CD+DVD edition, and a regular CD Only edition. All the song are sung in Korean language.

The album reached #12 on the Oricon charts, and charted for 3 weeks.