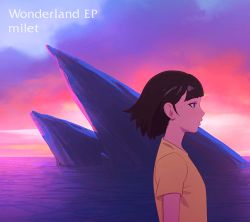 Wonderland EP is the second mini-album released by milet. The song "THE SHOW" was used as the theme for the animated film Birthday Wonderland while "Wonderland" was used as an image insert song. The song "Koukai Zenya" was used as a commercial song for Tokyo Metropolitan Medical School, Osaka Medical College, and Nagoya Medical College as well as the April and May 2019 opening theme for the TBS program CDTV. The mini-album peaked at #18 on the Oricon weekly albums chart and charted for a total of nine weeks, selling 5,577 copies.