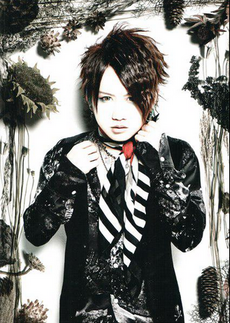 YOMI is the vocalist of Nightmare and as in other visual-kei band, he is the lyrics writer. He has an alter-ego personality from Sendai Kamotsu named Chiba. He calls himself "Sukebe" (lecher), and often gets slapped when in an interview or before Nightmare plays a show.