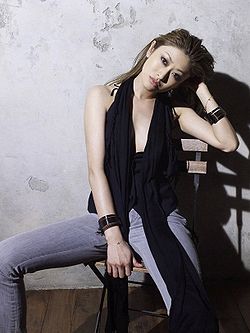 Yamada Yu is a Japanese model, actress and singer.

Yamada Yu's main modeling career began when she modeled under exclusive contract for the fashion magazine CanCam. She was also part of the group y'z Factory. In 2003, she began to work on variety programs and was a caster on F1 Grand Prix. Yamada quickly became well-known with families nationwide because of the variety programs and commercials for "Yogurt". She also was one of the hosts on the variety show Minna no Terebi (Everybody's TV).

In 2005, she was cast as the leading role of Yukari for the anime Paradise Kiss, adapted from Yazawa Ai's manga of the same title.