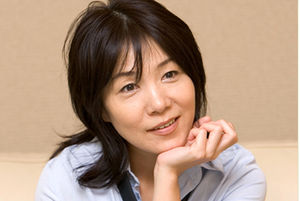 Yamashita Kumiko (山下久美子) is a Japanese pop singer-songwriter. Yamashita made her debut as a singer in 1980 with the single "Bathroom Kara Ai wo Komete" released under the label Nippon Columbia. But, it wasn't until 1982 that she gained a hit when she released the single "Sekidou Komachi Doki". In 1985, she married BOØWY's guitarist Hotei Tomoyasu but divorced twelve years later in 1997. However, she became a single mother when she gave birth to twin girls in 2000 with the father unknown.

In 1991, she switched labels and went to Toshiba EMI when she released the single "Tonight (Hoshi no Furu Yoru ni)".