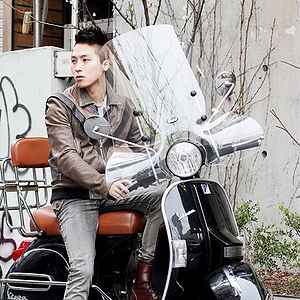 YeSlow (예슬로우) is a Korean indie rapper/R&B singer under pastelmusic. He debuted as the drummer of the disbanded band linus' blanket and just before the band's disbandment he became a member of Instant Romantic Floor. He debuted as a solo artist in 2008 with the mini-album Nice Dream.