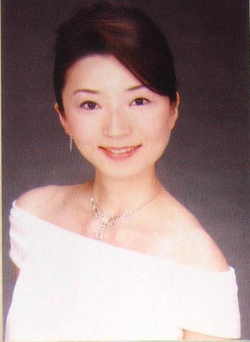 Yoshida Tomoyo (吉田朋代) is a Japanese pop singer-songwriter, vocalist for the band TOKYO SUNSET BOYZ, and former member of the vocal project VOCALAND and the group GRUNION. Yoshida got her start in a music career when she auditioned for the group Lip's. Instead of being in the group, Yoshida was offered a solo career by the label Pony Canyon and took it. She made her debut in 1994 with the single "Mabushii Hitomi".

In 1997, Yoshida changed labels and went to avex. She then successfully auditioned for Kadomatsu Toshiki's vocal project VOCALAND and joined as a second generation member with the release of the single "Together". Then four years later in 2001, she joined the group GRUNION as a vocalist with Hayashi Tetsuji and Chip Hiroishi for a short while. She later joined the band TOKYO SUNSET BOYZ as a vocalist in 2007.