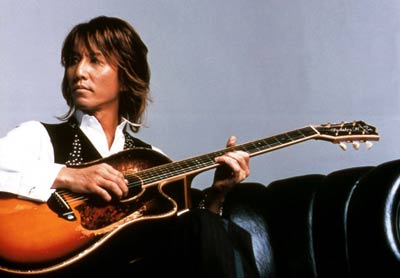 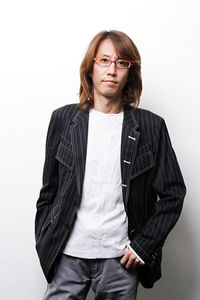 Kadomatsu Toshiki was born in 1960 in the Yoyogi neighborhood in Tokyo. When he was in middle and high school, Kadomatsu was a huge fan of the band Tin Pan Alley as they fused rock with pop and got their musical influence from both American and Japanese musical styles. When he was studying at Nihon Daigaku, Kadomatsu sent a demo tape in hopes to pursue his own music career. He was successful as he released his first single, entitled "YOKOHAMA Twilight Time", in 1981 under the label RVC.

In the early part of his career, he wanted his music to reflect the genre "city pops" that many artists like Ohtaki Eiichi and Yamashita Tatsuro incorporated in their own music. During the same time, he began to play as a session musician, playing on various singles and albums for other artists, and began to arrange songs. With the release of his second single "FRIDAY TO SUNDAY", RVC tried to invest more in promoting his music. "FRIDAY TO SUNDAY" was suppose to be Kadomatsu's first commercial tie-up as the song was suppose to promote the airline JAL. However, when Japan Airlines Flight 350 crashed in February 1982, the tie-up was canceled and the single didn't fare well on the charts.[1] Four days after the second single was released, Kadomatsu released his second album, entitled WEEKEND FLY TO THE SUN, but it didn't fare well in sales also.

Frustrated with the lack of sales, Kadomatsu Toshiki decided to self-produced his third album, ON THE CITY SHORE, from the sound concept to the album's jacket. He also self-promoted the album as he played at various places like school festivals and livehouses. The hard work paid off as the album charted #21 on it's first week on the charts and garnered favorable sales. Because of the album's success, Kadomatsu released the re-cut single "Sky High (Take You To The Sky High)" soon after. The song finally became Kadomatsu's first commercial tie-up as it was used as a theme for the Schick men razors for three years.[1]

Kadomatsu also got a big break as an arranger when he arranged the album version of ANRI's hit song "CAT'S EYE". ANRI and Kadomatsu got acquainted with each other when Kadomatsu appeared as a guest performer on ANRI's radio show.[1] He went on to co-arrange ANRI's next single, "Kanashimi ga Tomaranai", with Hayashi Tetsuji. He also went on to produced various albums including Nakamori Akina's album BITTER AND SWEET, Nakayama Miho's album SUMMER BREEZE, and Saijo Hideki's album TWILIGHT MADE... HIDEKI.

Before 1983 was over, Kadomatsu released his first 12-inch single, entitled "Do You Wanna Dance". The single also marked Kadomatsu's shift in interest as he began to experiment with funk music influenced from the New York music scene. His next two albums, AFTER 5 CLASH and GOLD DIGGER ~with true love~, took on more of a funk sound as the latter featured rap.

By 1987, Kadomatsu Toshiki labeled himself as a "music producer" as he produced songs for the idol Nakayama Miho. Kadomatsu's first produced single for Nakayama was the eurobeat-themed single "CATCH ME", released in 1987. It became another hit song for Kadomatsu and also became Nakayama's first #1 single as it sold over 218,000 copies. Then in 1988, Kadomatsu produced another hit single for Nakayama, the re-cut single You're My Only Shinin' Star. The song would help Nakayama and Kadomatsu win the Gold Prize award at the 30th Nihon Record Taisho in 1988. Kadomatsu would later release a self-cover of the song in 1999 with the same-titled single.

Kadomatsu also made a shift in musical tastes in 1987 as began to experiment with the genres jazz fusion and instrumental. Kadomatsu released his first instrumental album, entitled SEA IS A LADY, that same year and played guitar for the album. He also participated as a session musician in the band NOBU CAINE, playing bass for albums and live tours.

By the end of the 80's, Kadomatsu went on to create his own private label Oon.

Kadomatsu produced more music and released more albums and singles in the early 90s. But, by 1993, Kadomatsu went on hiatus as a singer after performing at the Nihon Budoukan. The reason why he suddenly went into hiatus was that he felt hopeless towards his music career. He almost retired from the career but his agency convince him to continue as a musician.[1] To commemorate this hiatus, Kadomatsu released his first best album, 1981-1987 in 1993.

Although Kadomatsu took a hiatus from his music career, he was still producing and playing in other artists' albums and singles and was busier then before. He participated in Tomonari Toshihiro's album NATURAL SIGN and Asano Yoshiyuki's album Sora to Umi to Kaze to... 2. He also produced some of former Tokyo Performance Doll's member Yonemitsu Miho's music.

In 1995, Kadomatsu Toshiki renamed his label Oon to iDEAK. At the same time, Kadomatsu started to form the vocal project VOCALAND and was actively looking for new faces for the project after being inspired by Komuro Tetsuya's "producer boom" in Japanese music scene.[1] Kadomatsu, with help from avex president Matsuura Max, created his own avex sub-label avex ideak to release VOCALAND's singles and albums. The first album of the project, VOCALAND, was released in 1996 and was a big hit. However, the project soon ended a year later when avex decided to reorganization and end the label.

After the end of VOCALAND, Kadomatsu decided to join the band AGHARTA as guitarist. He also reopened his career as a singer and released the single "Realize" in 1998.

The New Millenium and Beyond