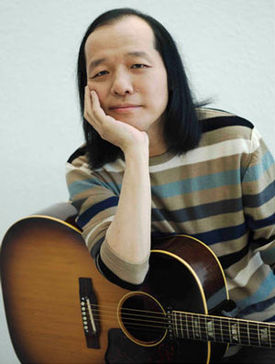 Yamashita Tatsuro was born in Ikebukuro, Tokyo, Japan on Feburary 4th, 1953. When he was growing up, Yamashita was influenced by American rock and pop music and wanted to become a musician. He was even fascinated with a capella Doo-wop and gradually learned the style. While in middle school, Yamashita, along with his classmate Namiki Susumu, founded a four-person amateur band. Wanikawa Kiharuo joined the group later on when Yamashita and him met in high school. The group always practiced on Sundays and had about 7-8 songs completed when they first performed. However, when the band members graduated from high school and the each went their different ways, the members thought it was best to breakup.

After high school, he went to Meiji University but dropped out before finishing a degree program. He reunited with the members of his first amateur band and released the album "ADD SOME MUSIC TO YOUR DAY" in 1972. The album incorporated a lot of covers of American songs with music genres ranging from Doo-wop to Psychedelic rock. A year later after the album's release, Yamashita joined another group called SUGAR BABE with Ohnuki Taeko and Muramatsu Kunio. However, the group only released one album and one single when they decided to breakup in 1976.

After SUGAR BABE broke up, Yamashita decided to go solo and went to New York and Los Angeles to begin recording for his solo debut album. Yamashita's work paid off as he released the album CIRCUS TOWN on December 1976 on the label RCA. But, it wasn't until four years later when he released the album RIDE ON TIME that Yamashita received his first big hit.

Yamashita married singer Takeuchi Mariya in 1982. The marriage also marked Yamashita changing labels as he went from RCA to Warner Music Japan. Four years later, he released the album MELODIES. The album featured a re-cut single, "Christmas Eve", that sold over a million copies and become one of the most memorable Christmas songs in Japan as it was featured in the JR Tokai Christmas Express campaign commercials.

Yamashita's popularity didn't lose steam in the 90s as he released the album ARTISAN in 1991. This album helped Yamashita win the Best Album Award in the Rock and Pop Category at the 33rd Nihon Record Taishou. Three years later, to commemorate the release of the remastered version of SUGAER BABE's only album, Yamashita held a special live entitled "TATSURO YAMASHITA sings SUGAR BABE" at Nakano Sun Plaza. He also released the album "TREASURES" in 1995 which sold over a million copies.