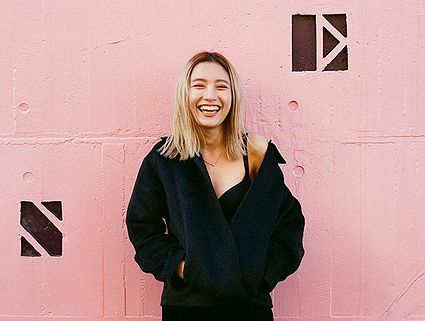 ZOMBIE-CHANG (ゾンビちゃん) is a model and lo-fi musician persona of artist Yung Meirin. She has described her music as anti-folk and anti-EDM which The Japan Times noted that she "twisted these genres on their heads, creating an aggressive and emotional work."[1] She made her debut with 2013's anti-folk EP Atashi wa Nan Desu ka, and followed it up with 2015's Koi no Vacances E.P where she made a transition to a more electronic sound.