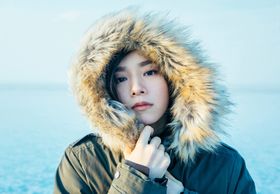 milet (ミレイ) is a Japanese pop singer-songwriter under SME Records. She made her debut on March 6, 2019 with her first EP inside you EP, with the lead track "inside you" being used as the opening theme for the drama QUEEN, for which she won the Theme Song Award at the 2019 Tokyo Drama Festival.

Her first single, "Drown / You & I", is released this week on November 6th.