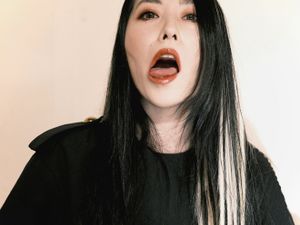 Amano Tsuki (天野月) is a female Japanese rock singer-songwriter, musician, and illustrator. She began in the music business in mid-2001 under her real name Amano Tsukiko (天野月子) with the independent label OTOKURA RECORDS, and by the end of the year she signed a contract with the major label Pony Canyon. In 2006 she left the label, returning to OTOKURA.

At the start of August 2008, Amano annonuced that after the year was over she would both retire as a singer and stop activities under her real name. However, she revealed that she would still continue to compose songs for other artists but take more of a "backseat role". On New Year's Day 2009, Amano announced her new (current) stage name and that she would turn her focus on being an illustrator. Her official website was then relaunched. A year later through her blog, Amano announced that she would return to making music under OTOKURA RECORDS.

Her seventh digital single, "Killer Ape", is released this week on April 1st.