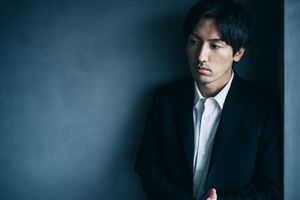 Sawano Hiroyuki (澤野弘之) is a Japanese composer and producer. He has provided the soundtrack for many popular movies, television series, and anime. He was born in Tokyo, Japan and began playing piano in elementary school. From the age of 17 he studied composition, arrangement, orchestration, and piano under Tsuboi Nobuchika. He has been active as a composer since 2004 and in 2014, he started a new vocal project under the name SawanoHiroyuki[nZk].

His first production under his project name was the first album UnChild with Aimer as the vocalist under the name SawanoHiroyuki[nZk]:Aimer. Since then, his songs under this vocal song project have also been used as the opening and ending themes for various anime, including ΛLDNOΛH.ZERO, Owari no Seraph, Shingeki no Kyojin, Mobile Suit Gundam Unicorn RE:0096, Ginga Eiyuu Densetsu Die Neue These Kaikou, and Re:CREATORS.

On July 2, 2017, Sawano's contract with the Legendoor label was terminated after approximately 12 years. He is now represented by VV-ALKLINE. His vocal song project was moved to the SACRA MUSIC record label under Sony Music Entertainment Japan in April 2017.

His ninth single, "Chaos Drifters / CRY", is released this week on May 27th.