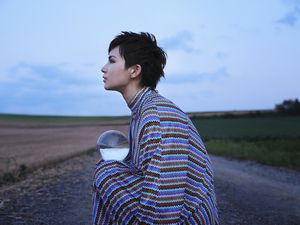 Tabo Koichi and Ochi Shiho formed the group in 2003 while they were students at Matsuyama University. They were both members of a music circle that covered songs by Finger 5 and The Rolling Stones. In 2004, the group formed the blues band "Superfly", naming themselves after Curtis Mayfield's song "Superfly". The group disbanded in 2005, with only Ochi and Tabo remaining when they went to Tokyo to seek out a label.

After a battle between recording labels, the duo debuted on Warner Music Group with their 2007 single "Hello Hello". On November 8, 2007, a few months after their second single "Manifesto" was released, Tabo announced on their website that he stopped appearing on the stage to concentrate on composing the songs. This left Ochi as the sole performing member.

The duo's first two studio albums were certified double platinum by the Recording Industry Association of Japan, and their first four consecutive albums (the third being classified as a "single" by the group) all debuted at the top of the Oricon Weekly Album Charts, a first for a female recording artist in Japan in over seven years.

Her sixth studio album, 0, is released this week on January 15th.