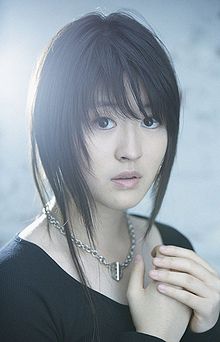 kaho (カホ) is a Japanese pop singer-songwriter under the Sony Music Records label. She has been dubbed the second Utada Hikaru due to being produced by Miyake Akira, who also worked with Utada. Other similarities include writing her own songs, making her debut in her teens, having one of her parents be a singer, being raised overseas, and speaking multiple languages.

kaho is the daughter of eighties idol Kawai Naoko and hair stylist Kanehara Takayasu. After kaho was born, her family moved to Australia so she could live in a carefree environment. kaho still attends school in Australia, which is one of the main conditions for her to debut as a singer. kaho's first language is English, but she can also communicate in Japanese and French.

kaho has had the dream of becoming a singer ever since she could remember. At the age of six she started composing on the piano and at twelve she began using the recording equipment at her home to write her first songs. She debuted in Japan on November 27th with her single "every hero / Strong Alone".