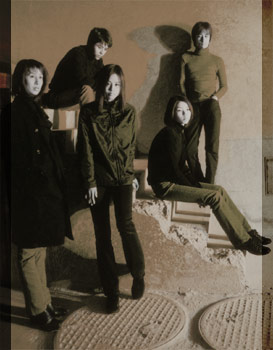 rumania montevideo was a Japanese pop band from 1999 to 2002 under GIZA studio. The band started in 1998 with the Miyoshi siblings wanted to start a band. They got the band name, "rumania montevideo", from the combination on the Latin spelling of Romania and Montevideo, the capital of Uruguay. Soon after, the band added more members to complete their roaster as they released their first mini-album, JET PLANE, on a indies label in 1999. They made their major debut a month after with the single "Still for your love" on the label GIZA Studio. The single became the group's first hit as it reached #9 on the weekly Oricon charts. However, the band broke up in 2002 after releasing the album MO' BETTER TRACKS.