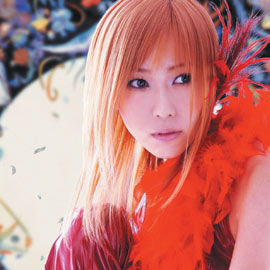 shela is a Japanese pop singer, currently signed to the indie label Rosso Records. Before her solo career, shela was the lead vocalist and saxophonist of the three member band FBI from 1997 to 1998 under the name Oizumi Megumi. In 1999 she signed with avex trax, and embarked on a solo career. In 2004 she joined the band, sunny-side up, and split with the original line-up in 2005. As of 2009 shela has made her comeback as an indie artist.