Eyes on Me (Faye Wong) 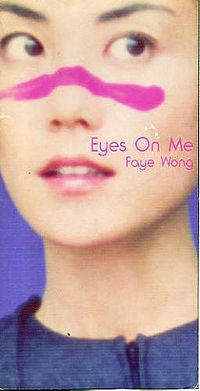 "Eyes On Me" is the third Japanese single released by Faye Wong. The title track was composed by popular game composer Uematsu Nobuo and is sung entirely in English. "Eyes On Me" was used as the theme song to the famous PlayStation video game Final Fantasy VIII. This single reached #9 on the weekly Oricon charts, selling 335,620 units in 1999, making it the #62 single of the year. The single held the place of Japan's best selling game theme song until Utada Hikaru's single "Hikari" took this place in 2001. The song was later covered by Angela Aki on her single "Kokoro no Senshi" in 2007.