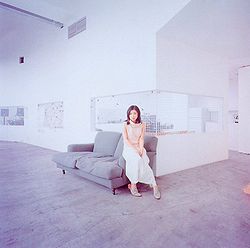 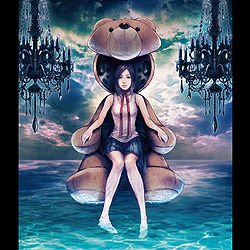 "Hikari" is Utada Hikaru's 10th single. "Hikari" was used as the theme song for the Japanese-language release of the game Kingdom Hearts. The English version of the song, "Simple And Clean", is well-known to English-speakers due to its use in the English-language releases of Kingdom Hearts. "Hikari" reached #1 on Oricon charts and charted for 13 weeks. It became the #10 best selling single of 2002 in Japan. This single, as well as "FINAL DISTANCE" and "SAKURA Drops / Letters", strangely did not chart in the world charts in either airplay nor sales. In total the single sold and excess of 598,000 units.

"Hikari (Ray Of Hope MIX)" was released as her twelfth Japanese digital single on January 11, 2017. It was used as the theme song for the PS4 game Kingdom Hearts HD 2.8 Final Chapter Prologue. It debuted at #1 and #2 on the Itunes Japan and Itunes US albums chart, respectively.

"Hikari" contains English lyrics that are not listed the booklet. They are: "When you turn my way; take it all away", sung during the second verse.

The music video for "Hikari" was directed by Kiriya Kazuaki. The PV is simply shot, only featuring Utada washing dishes in a single take. Originally, a larger production was planned, but due to scheduling conflicts, and simpler PV needed to be recorded.

There are six versions of "Hikari" to be found in Utada's discography. Note that these do not include versions of "Simple And Clean". These different versions are: