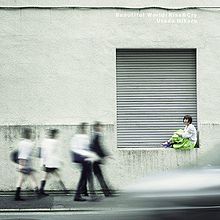 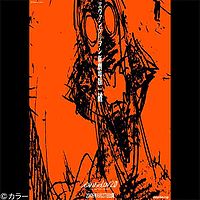 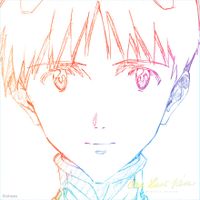 "Beautiful World" is a song recorded by Utada Hikaru, first released as an A-side on her "Beautiful World / Kiss & Cry" single. The song was used as the theme song for the movie Evangelion: 1.0 You Are (Not) Alone, and has been described as an uptempo song with sad lyrics. It debuted on radio stations in Japan on July 23rd, 2007. "Beautiful World" recieved both a double platinum Chaku Uta and a platinum Chaku Uta full certification from RIAJ, and ranked #32 on Recochoku top 100 most downloaded songs of 2007 list.

An arranged version titled "Beautiful World -PLANiTb Acoustica Mix-" was used as Evangelion: 2.0 You Can (Not) Advance and was released digitally on June 27th, 2009.

The music video for "Beautiful World" was directed by Anno Hideaki (the director of the Evangelion movie). It solely features clips from the movie, and has no scene featuring Utada or an anime depiction of Utada at all.

There are four known versions of "Beautiful World" to be found in Utada's discography. These include: