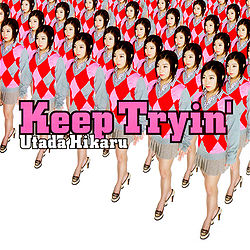 "Keep Tryin'" is Utada Hikaru's 16th Japanese single. "Keep Tryin'" was used as the au LISMO! "au LISTEN MOBILE SERVICE" CM song. The song takes it's title from the Groove Theory song, although they share nothing else in common. This is Utada's first single since "COLORS" in 2003 to have a B-side, and the first since "Dareka no Negai ga Kanau Koro" in 2004 to have a karaoke backing track.

"Keep Tryin'" reached #2 on Oricon charts (being beaten by HYDE's "SEASON'S CALL"). The single sold 125,077 copies in 2006, becoming the #82 single of the year. Despite such low physical sales, it reached 2,500,000 digital downloads, ranking at number one on OnGen's Weekly Download Chart for seven weeks and setting a record. On iTunes, it was the most downloaded song for 2006. 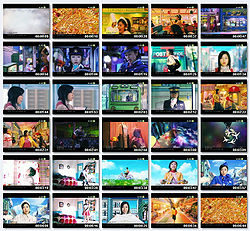 The PV for "Keep Tryin'" was directed by Kiriya Kazuaki, and was the last work that he had contributed as Utada Hikaru's PV director. The PV makes several references to Utada's past PVs, including "FINAL DISTANCE" and "traveling". The two dresses worn in "SAKURA Drops" can be seen in a store window during the video.

There are three versions of "Keep Tryin'" to be found in Utada's discography. These include: 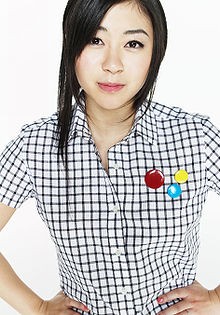