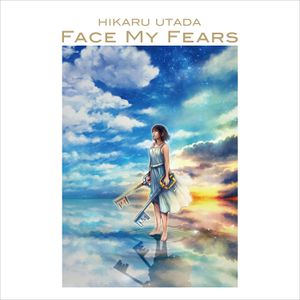 "Face My Fears" is the 22nd single released by Utada Hikaru, and her first Japanese physical single since 2008's "Prisoner of Love". The title track, recorded in Japanese and English, is a collaboration with American producer Skrillex, and both versions were used as the opening theme for the video game Kingdom Hearts III. The B-sides were used as game's ending themes: "Chikai", which was originally released on Hatsukoi, and its English counterpart "Don't Think Twice". The first press edition of the CD single comes with a special picture label on the disc, and the limited vinyl release comes with a poster of the cover art, both drawn by Kingdom Hearts III director Nomura Tetsuya. The vinyl was released in the United States by Sony Masterclass.

In its first week, the single was able to reach #1 on the iTunes International Albums chart, #1 in 24 countries on the iTunes Albums chart, and #1 in 30 Dance charts worldwide on the iTunes Store. On the US Billboard Hot 100 chart, it debuted at #98, becoming Hikaru's first single to ever appear in the chart. It also ranked on the official main charts in Scotland (#31) and New Zealand (#24), and the digital downloads charts in France (#52), the United Kingdom (#30), and in the top spot on China's Kugou New Song chart.

Both versions of the song were included in Utada's 11th album Bad Mode. A new remix was done by PC Music producer A G Cook as a bonus track for album as well.

"Face My Fears" was performed live in the concert "Hikaru Utada Live Sessions from Air Studios" and the performance was uploaded on YouTube as a promotional video.