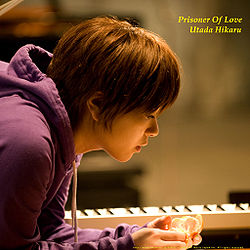 "Prisoner Of Love" is Utada Hikaru's 21st single. It is a recut single, originally found on her HEART STATION album. The main song was used as the theme song for the Fuji TV dorama Last Friends, while "Prisoner Of Love -Quiet Version-" was used as the insert song. An orchestral arrangement also exists on the Last Friends OST. The single sold 81,626 copies, becoming the #95 single of 2008.

A PV was shot for "Prisoner Of Love", which depicts Utada Hikaru in the studio recording the song, visibly going through difficulties such as writer's block. 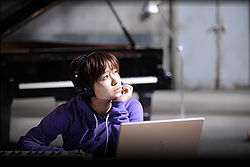