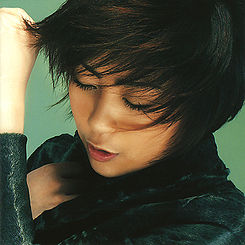 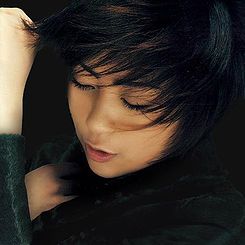 Distance is the second album released by Utada Hikaru. "Parody" was released as a radio single prior to the release of the album. The song "DISTANCE" was later re-arranged into the song "FINAL DISTANCE" and released as a single. Distance reached #1 on the Oricon album chart at the time of its release with the highest first-week sales in the chart's history and charted for 45 weeks. It became the #1 album of 2001 according to Oricon charts. Distance also had the highest first week sales of any album in the world's history. The vinyl edition was released four months after the CD release, although it did not contain any bonus material, unlike First Love's vinyl. In 2008 the album charted once again for a few weeks, due to the release of "Eternally" as a recut single for a dorama tie-in. In total the album has sold over 4,470,000 copies, making it the 4th highest selling album in Japanese music history.

Distance also caused major media and industry controversy when it was released the same week as Hamasaki Ayumi's first greatest hits collection, A BEST. Although it was publicly opposed by both singers, their respective companies pushed the "competition", and this is seen as the main reason that both albums were able to sell as well as they did. A BEST was able to outsell Distance in the second week on the Charts, but Distance was able to top the charts in the first week, and was able to sell more copies overall.