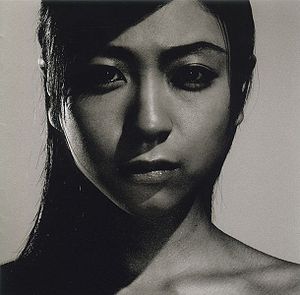 DEEP RIVER is Utada Hikaru's third Japanese studio album. Along with the four singles, "Play Ball" was used as a radio single to promote the album, and "Deep River" received a PV. The album reached #1 on Oricon charts and charted for 56 weeks, becoming the #1 album for 2002. In total the album sold over 3,605,000 units, and is the 8th highest-selling album in Japanese music history. A vinyl edition released three months later after the CD, and did not contain any extra bonus material.

The entire album's artwork is gray-scale, and the booklet is infamous for including a photo of Utada Hikaru's foot. The album is also noted as the transition state from Utada Hikaru's earlier style, R&B, to ethereal pop.