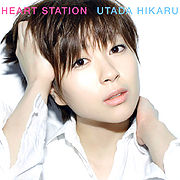 "Fight The Blues" is a song recorded by Utada Hikaru, and was the intro track to her fifth Japanese studio album, HEART STATION. Prior to the release of the album, the song was released as a promotional digital single, much like "This Is Love" was for ULTRA BLUE.