This Is Love (Utada Hikaru) 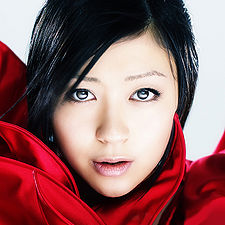 "This Is Love" is a pop song recorded by Utada Hikaru. It was used as a digital pre-release for Utada's fourth Japanese studio album ULTRA BLUE. The song was used as the theme for a Nissin cup noodle commercial, as well as an ending theme for the anime Freedom Project. It topped many charts when it was released, and was the #9 most downloaded song of 2006 on iTunes. In March 2007, the Recording Industry of Japan Certified the track as Triple Platinum for over 750,000 Chaku-Uta downloads.