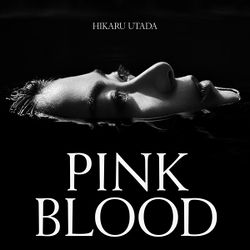 "PINK BLOOD" is a digital single released by Utada Hikaru. The song was used as the main theme for the NHKE anime series Fumetsu no Anata e.

The music video for "PINK BLOOD" was directed by Eiji Tanigawa, who is the Creative Lab. Tokyo CEO and photographer TAKAY.

There are two known versions of "PINK BLOOD" to be found in Utada's discography. These include: