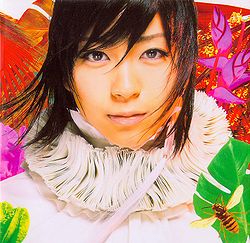 "SAKURA Drops / Letters" is Utada Hikaru's 11th single. SAKURA Drops was used as the theme song to the drama First Love, while Letters was used as the NTT DoCoMo FOMA CM song. Letters features a number of guitarists, including Char, HISASHI from GLAY and her own father Utada Teruzane. The PV for SAKURA Drops was directed by Utada's ex-husband, Kiriya Kazuaki, and is the third and final of the famous Kiriya Trilogy of Utada promotional videos. There was no PV for Letters. This single reached #1 on oricon charts and charted for 10 weeks. The single became the #6 single of 2002 in Japan. This single, as well as FINAL DISTANCE and Hikari, strangely did not chart in the world charts in either airplay or sales. The most recent figures (as of May 26, 2006) show that this singe sold 686,720 units in total. 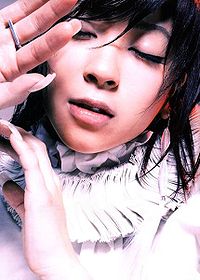