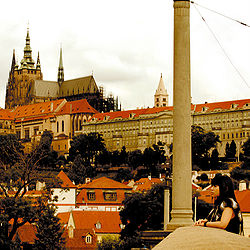 "Be My Last" is Utada Hikaru's 14th Japanese single, and her first to also be released in a CD+DVD format. "Be My Last" was used as the theme song for the movie Haru no Yuki. The cover art photo was taken in Prague, Czech Republic, with the Hradcany Castle visible to the left. A season of live shows were planned to promote the song, with five performances listed (this is much unlike the one performance of "Dareka no Negai ga Kanau Koro", or Utada's usual two or three). However, these were planned a month after the release of the single due to Utada being in UK/Europe at the time of release to promote "You Make Me Want To Be a Man". The timing of these lives has also fit in with the release of Haru no Yuki. Also planned with these live performances was an internet streaming of "Be My Last" available from Utada's Toshiba-EMI website. The streaming included an acoustic performance as well as Utada answering a few questions from fans. It was available from the 11th until the 20th of November.

"Be My Last" reached #1 in Oricon charts on the first day of release, and charted for 14 weeks. In 2005, it had sold 143,916 units, making it the #70 single of 2005. In total, it has sold over 150,000 units. Despite this single reaching #6 on the World Charts for single sales, this single did not chart on the airplay chart. Though "Be My Last" did not relatively sell many physical units, it became a top seller on iTunes Japan, reaching #1 and even becoming the second most downloaded song of 2005 at the Japanese store.

Matsuura Aya and Guitar Samurai covered "Be My Last" together live on "Utawara" on October the 30th, 2005. 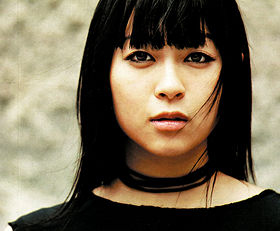 The PV for "Be My Last" was directed by Kiriya Kazuaki, and it was filmed entirely in Prague, Czech Republic. Special guests in the PV are the Czech rock band, Zina & Stereophonic Punx.

There are three versions of "Be My Last" in Utada's discography. These include:

Be My Last
Found on the "Be My Last" single as track #1 and and on ULTRA BLUE as track #11.
Be My Last (Internet Live Version)
Found on the bonus DVD included with the first press of UTADA SINGLE CLIP COLLECTION VOL.4 as track #1. This was originally available for download from Utada's Toshiba-EMI website from November 11, 2005 until November 20, 2005. This version was recorded live in one of Toshiba-EMI's offices, and was preceded by a self interview session based on sent in fan questions. The performance was filmed from five different camera angles (each separate angle was available to download). This version is a live acoustic version, where Utada sings and plays the guitar. Many of the "Ahh"'s in the original version have been replaced with "Mmm"'s.
Be My Last (Utada United Live)
Found on UTADA UNITED 2006 as track #12. This version features Utada singing exclusively with a cello.