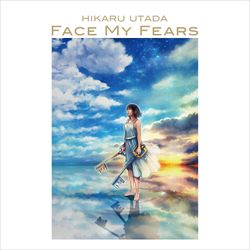 "Chikai" is a song recorded by Utada Hikaru. It can be found as track #7 on her seventh Japanese album Hatsukoi. The song is used as the main theme for the Square Enix and Disney video game Kingdom Hearts III. The English version of the song, titled "Don't Think Twice", is used for the international release of the game. Both versions were released as a digital single on December 10, 2018 and are included as B-sides on the "Face My Fears" single.

The song release was successful on both domestic and international charts, entering the US iTunes chart at #39, iTunes Chile at #3, iTunes Colombia at #7, as well as on charts in other countries.