For You (Utada Hikaru) 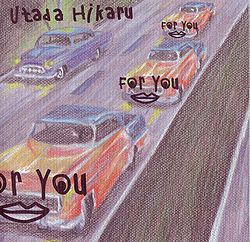 "For You / Time Limit" Cover

"For You" is an R&B song recorded by Utada Hikaru, first released as an A-side on her single "For You / Time Limit".

"For You" contains a few English lyrics not listed in the booklet. They are:

There are three versions of "For You" to be found in Utada's discography. These different versions are: