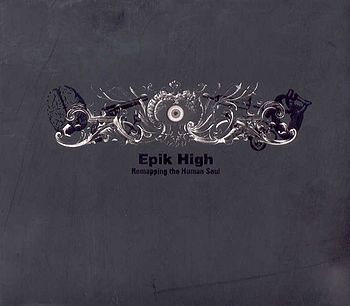 Remapping the Human Soul is the fourth album released by Epik High. It was released in a 2CD format only. The songs "Fan" and "Love Love Love" were used as the lead tracks. It also contains a hidden track on disc 2, and another hidden track on only 100 special "Blackmap" copies of the album. The album won M.net's KM Music Festival Album of the Year award in 2007. This album was South Korea's 3rd biggest selling album of 2007.

The album was supposed to come out in October 2006, but due to problems the date was postponed. The album sold almost 90,000 copies in its first month of release and pushed Epik High to the number one spot for best upcoming artist. Some songs on the album have been banned due to issues like; sexual crimes, war, education and religion. The lead tracks, "Fan" and "Love Love Love", became very popular and pushed Epik High's popularity even further. The song "Flow" made their popularity in Japan grow as well due to it featuring Hinouchi Emi.