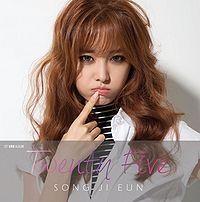 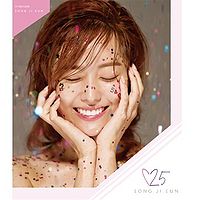 25 is the first mini-album released by Song Ji Eun. The song "Yeppeun Nai 25sal" was used as the lead track. "Chyeodabojima" was released three weeks earlier as a pre-release track.

Two months later, a Japanese version of 25 was released in two edidtions: a limited CD+DVD+Photobook edition and a regular CD Only edition. The CD includes Japanese versions of the songs "Yeppeun Nai 25sal", "Chyeodabojima", "La Boum", "Vintage", which was released on the single Torturous Hope, and the original Korean version of "Star". The DVD includes the Japanese music video for "Yeppeun Nai 25sal" as well as a making of version.