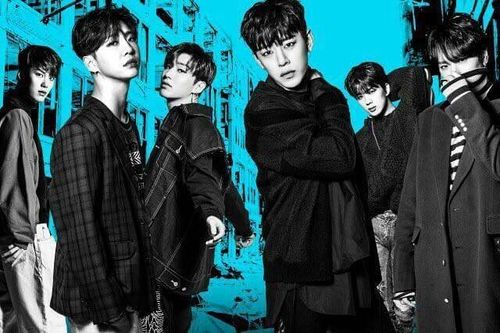 B.A.P (비에이피) was a Korean pop/Hip-Hop boy group that debuted in 2012 under TS Entertainment. The group become known prior to their debut as the leader Bang Yong Guk (former member of Soul Connection and Black Out) debuted as a solo artist in August 2011. In December 2011, also prior to the group debut, Bang Yong Guk joined fellow B.A.P member ZELO to form the unit BANG&ZELO. The name of the group stands for Best. Absolute. Perfect. In Japan, the group is signed under KING RECORDS.

Originally a 6-member group, leader Bang Yong Guk left the group on August 19, 2018 and ZELO left on December 2, 2018 as their contract with TS Entertainment expired and they decided to not renew it. On February 18, 2019, the remaining four members left the group as their contracts with TS Entertainment expired. Though there was no official announcement of disbandment, it has been inferred, though in an interview member Jongup stated that although all members are currently unable to be together that there was no talk about disbandment and they would like to come together again in the future. 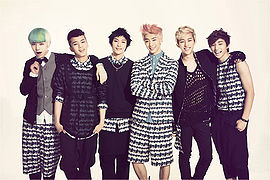 In March 2011, Secret's main vocalist Song Ji Eun released her first solo single "Michingeoni" featuring B.A.P's leader and rapper, Bang Yong Guk. Yong Guk caught the attention of K-Pop fans due to his deep voice but paired with cute and innocent looks. He was rumored to be part of a new hip-hop group formed by TS Entertainment, tentatively called "TS-5." The group's second member, Him Chan, was introduced as an MC through MTV's The Show. Yong Guk later released his first digital single "I Remember" featuring BEAST's member Yang Yo Seob in August. The single became an instant hit and it was soon announced that Yong Guk were to form a sub-unit with ZELO, the maknae of their upcoming group. BANG&ZELO debuted in December of 2011 with their self-titled digital single.

On the 29th of December, B.A.P's video teaser was released and their "WARRIOR" official music video released on January 26, 2012 and officially debuted as a six-member group. They held their first fan meet on January 28th to an astounding audience of 3,000 fans. In the beginning of March, they started to promote "Bimillyeonae" from their debut single for two weeks. They ended their debut promotions successful, selling over 10,000 copies of their single.

It was officially announced in early April that B.A.P would be making a comeback in April with the release of their second single. The single "POWER" was released April 27th. They announced their third official comeback with their first mini-album NO MERCY in early July. "GOODBYE" was released as a digital single ahead of the mini-album on July 10th. 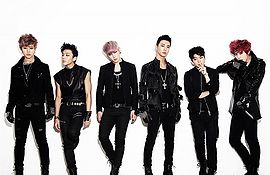 Shortly after they ended their promotion with their Repackage Mini-Album activities, they announced that they will comeback with their third single album, "Hajima".

The group made another comeback with the mini-album ONE SHOT in February of 2013.

In May, the group signed with KING RECORDS and began gearing up for their Japanese debut. Before that, the group made another Korean comeback with the mini-album BADMAN in August. Following their comeback, they released their first Japanese music video, "WARRIOR", on September 13th, and the single was officially released on October 9th. They released their second Japanese single, "ONE SHOT", the following month on November 13th.

In mid-January 2014, TS Entertainment confirmed that B.A.P was set to make a comeback with their first full-length studio album, titled First Sensibility. The album was released on February 3rd. Upon its release the album topped the Billboard World Album chart proving their international popularity. This album gave B.A.P their first music show victory on Show Champion for the song "1004 (Angel)". B.A.P released their third Japanese single "NO MERCY" on April 3rd and ranked second on Oricon Daily Singles Charts and second on Oricon Singles weekly charts.

After successful promotions of "1004 (Angel)", B.A.P kicked off their B.A.P Live On Earth 2014 Continent Tour with a two-day concert in Seoul. This was B.A.P's second solo concert in Korea within only two years of debut. B.A.P held a total of 23 concerts in cities throughout the United States, Asia, Australia, and Europe during this tour. While on tour, B.A.P made a special release of a single, "B.A.P Unplugged 2014", as a gift to their fans. On August 11th, B.A.P released their fourth Japanese single "EXCUSE ME".

TS Entertainment announced on October 27th that they cancelled the South American leg of the group's tour to give time off for the members to rest and recharge. On November 27, 2014, it was reported that the group had filed a lawsuit against their label to nullify their contract due to unfair conditions and profit distribution. The following day, TS Entertainment issued a press release refuting the claims made, stating that "there have been neither such maltreatment to the artists nor unfair clauses in the contract." However, TS Entertainment's claims were challenged when B.A.P released another statement claiming lack of accountability and the group is considering filing for defamation of character. 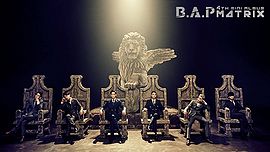 On August 1, 2015, B.A.P. returned to TS Entertainment as both parties reached a settlement. They made their Korean comeback with the mini-album MATRIX. Exactly one year later after they filed their lawsuit against TS Entertainment, on November 27, 2015, they received their first win on Music Bank for "Young, Wild, & Free".

On February 1, 2016, B.A.P's schedule was released by TS Entertainment. They made another comeback with their fifth mini-album CARNIVAL on February 22nd. They also began their first Live on Earth tour beginning with Seoul. Over the course of April through July, they will visit 22 countries to perform their second world tour. 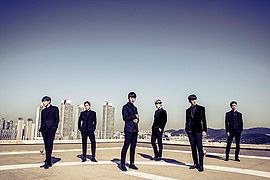 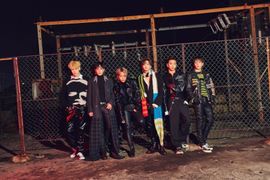