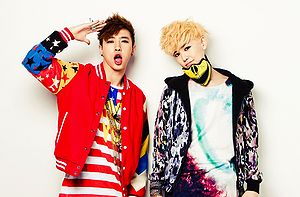 BANG&ZELO is a Hip-Hop unit that debuted in 2011 under TS Entertainment. The duo is formed by Bang Yong Guk and ZELO, both members of B.A.P. The unit released their self-titled debut digital single almost two months before B.A.P's debut.