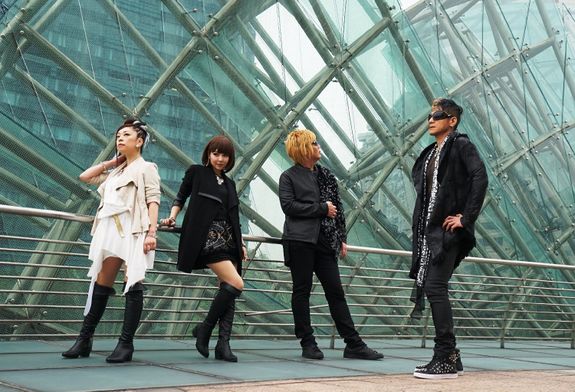 ALTIMA is a Japanese pop group signed with Warner Home Video and debuted in August 28th, 2011 in Saitama Super Arena. 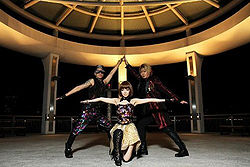 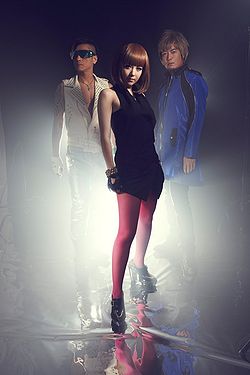 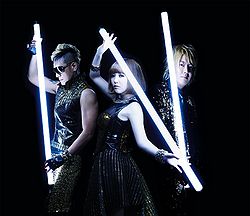 ALTIMA's beginnings date back all the way to the last third of September 2010. It was then that m.o.v.e's motsu (MOTSU), the man to become leader of ALTIMA, felt a strong attachment to the musical approaches of sat (SAT), fripSide's keyboardist and producer. motsu began regular contact with fripSide's creator. He then discovered Kurosaki Maon (MAON), a new female singer who had just released her major debut album, H.O.T.D., motsu was able to contact her through sat, his new friend and her label mate.

Deciding to move forward with their genuine approaches towards music, they waited until Summer 2011. This is when sat was originally contacted about creating a Shakugan no Shana III ending song.

With an image of what he wanted of the song, sat began production, keeping in mind motsu, Kurosaki Maon, and himself. What sprouted from his efforts was a completely new digital pop sound. Then he introduced his colleagues to the demo he had written for the trio. The recording session was intense with energy, and the demo became "I'll believe". After recording, motsu told his partners “that session was on fire” and gave their next generation music project the name ALTIMA.

Finally, it was time to raise the curtain. They unveiled themselves to the anime public as secret guests of Animelo Summer Live 2011 -rainbow- at Saitama Super Arena and they gave a shocking and powerful performance in front of 26,000 people.