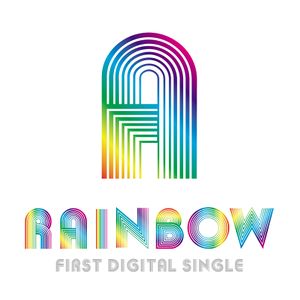 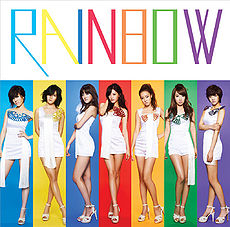 "A" is the first Korean digital single released by Rainbow. It was described as having a "hip hop beat with a rock feeling, which also gives off a dance number" and according to DSP Entertainment, the song was completed after the company and Sweetune worked on it for many hours. The groups' image concept was described by DSP as being more mature, sexy, and refined compared to their cute concept with Gossip Girl. The debut performance for "A" was held at Music Bank on August 20, 2010. 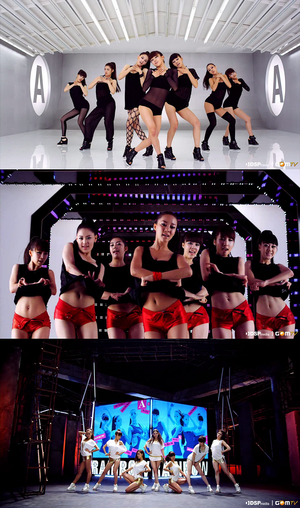 The MV was released on the same day of the digital single -- August 12, 2010. The first scene begins with the music video displaying the song title and the groups' name in a rainbow gradient text in front of a white studio set. It then transitions to reveal Rainbow, dressed in individual black outfits, posed in a white room with two "A's" on the left and right walls. Once the song begins, the group performs choreography and lip synchs. Different angles of the group performing and individual shots of the members are shown until shots of Rainbow, dressed in identical red short shorts and see through black tank tops revealing a red tube top bra are interspersed.

New footage is later interspersed of the group wearing identical gold and white short shorts with white t-shirts dancing in a different studio location with the groups' picture behind them. After the song is finished, the music video ends like how it began; displaying the song and group name in a rainbow gradient text.