"A Perfect Sky" is the 21st single released by BONNIE PINK. The title track was used as the Shiseido "ANESSA" commercial song. The song was not originally meant to be a single, but when it received high interest due to the commercial, a single was quickly commissioned. The limited edition of this single came with a special package featuring "ANESSA" goods. The woman on the cover of the first press is actress and model Ebihara Yuri. This single reached #5 on the Oricon weekly charts and charted for 14 weeks, and is currently BONNIE PINK's most successful single. As this single sold 133,315 copies in 2006, it was the #72 single of the year. 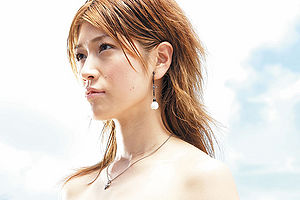 There are four versions of A Perfect Sky to be currently found in BONNIE PINK's discography (listed chronologically). These different versions are:

The music video was directed by Matsumoto Tsuyoshi. It features BONNIE PINK at a pool.