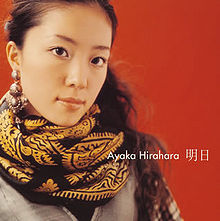 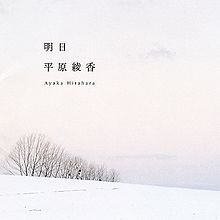 "Ashita" is the second single released by Hirahara Ayaka. This single came only in CD+DVD format. It peaked at #19 on the Oricon charts, selling 32,075 in total.

The single was later re-released in CD only format after the title track was used as the theme song to the drama Yasashii Jikan, while "Arigato" was used as an insert song in the same drama. Due to the popularity of the single's tie-in, it peaked at #16 on the Oricon charts and sold 113,430 copies in total.