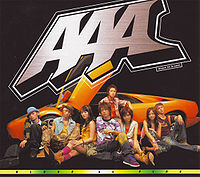 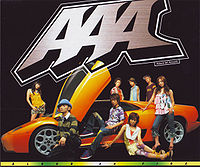 BLOOD on FIRE is AAA's debut single. It was used as the theme song for the Japanese release of the movie Initial D. An English-language Eurobeat version of the song, sung by artists Go 2 and Christine, was released by avex on Super Eurobeat volume 181 in September 2007. This single reached #9 on the Oricon charts and sold 58,052 copies.