"BREEEEZE GIRL" is the eleventh single (tenth major label single) released by Base Ball Bear. The title track was used as the commercial song for Shinseido's SEA BREEZE. The single was released in two editions: a limited edition and a regular edition. The limited edition comes with a CD-Extra that features a music video for "BREEEEZE GIRL" and music performance footage of "ELECTRIC SUMMER" and "Matsuri no Ato" from COUNTDOWN JAPAN 08/09. The cover for the single is illustrated by JoJo's Bizarre Adventure manga-ka, Araki Hirohiko. The cover features Yamagishi Yukako, a character from the Diamond wa Kudakenai chapter of JoJo's. Kodama Yuichi, the director of the song's music video, showed part of Araki's manga with the Yamagishi's character to Base Ball Bear because one of the song's lyrics reminded him of the character. As a result, the band asked Araki to create a new illustration of Yamagishi for the song's single. The single reached #7 on the Oricon weekly charts and charted for five weeks. 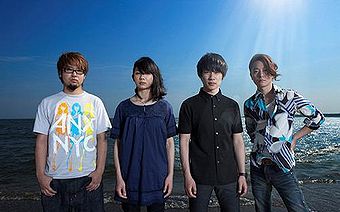 Base Ball Bear promoting the single