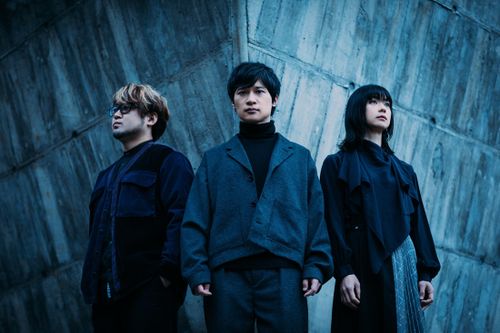 Base Ball Bear (ベースボールベアー) is a four piece Japanese rock band signed to EMI Music Japan and managed by Sony Music Artists. The group was formed in 2002 while in high school and as something of a one-off lark, managed to stick together and become one of the more prominent bands in the modern Japanese music scene. Base Ball Bear debuted with the mini-album Yugata Generation under the independent label BLITZ PIA RECORDS. 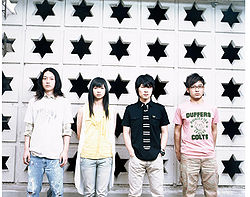 Base Ball Bear is a Japanese band that formed in 2001. Originally conceived as an Oasis cover band, and originally named Planet, the band would eventually start writing original material, and get signed to Toshiba-EMI. They say they were influenced strongly by SUPERCAR. Their pop mentality only strengthened once they signed to a major label. While their early work is a bit angular and brash, their newer material is predictably refined and focused, both sonically and melodically. Their disco/dance beats also gained prominence, holding precedence over their earlier rock approach.

Members Yusuke Koide, Shiori Sekine, Shohei Yuasa, and Daisuke Horinouchi were attending the same high school when they decided to form a band to play a festival. The band changed their name within a year to Base Ball Bear, and began to demo songs. In 2003, Base Ball Bear signed to independent label BLITZ PIA RECORDS, and released their debut mini-album Yugata Generation that same year. They also released their first single "YUME is VISION" in 2004 and their first full-length album HIGH COLOR TIMES and mini-album Band B ni Tsuite hit stores in 2005. During 2005 Sekine Shiori was part of the cast of the movie Linda Linda Linda, which features some of the band's music. In 2006, the band singed with Toshiba-EMI. 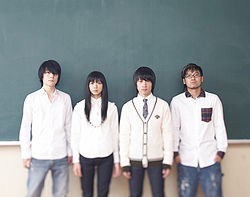 In the same year, the band released an introducing album named Band B ni Tsuite which was almost the same as their indie one except track two and some new remastering. They also released two singles; "ELECTRIC SUMMER", "STAND BY ME", and a full album named C.

In the spring of 2007, came their first solo tour LIVE BY THE C. Their live performances included the ROCK IN JAPAN FESTIVAL, another round on the Nyakunyaku Nannyo Summer Tour, and the B-Pop High School Tour. Over the course of the year, they released four more singles as well as releasing their second album 17 Sai, which cracked the top twenty on the Japanese charts. One of the singles, "Dramatic", was the theme song of the anime Okikku Furikabutte.

In 2008, did another solo tour called 17 Sai Kara Yattemasu Tour. They also released a singles named "changes", on May 8, 2008 and was the ending theme to the Production I.G anime series Toshokan Sensou and, for now, it's their best selling single. There are many live shows scheduled during the summer, including the the third round of the Nyakunyaku Nannyo Summer Tour, Higher Ground 2008 festival in July, and the ROCK IN JAPAN FESTIVAL in August. In late September, Base Ball Bear also did a two-day show at Shibuya C.C. Lemon Hall.

2009 started with a new single and special album. Their single "LOVE MATHEMATICS" was the closing song for the weekly radio show Japan Countdown and their album Kanzen Ban Band B ni Tsuite reunited all songs from indies era.

On April, Base Ball Bear had been chosen to provide the theme song for Motoki Katsuhide's comedy movie Kamogawa Horumo with the song "Kamigami LOOKS YOU". Based on a novel by author Manabu Makime (Shikaotoko Aoniyoshi), the film starred Yamada Takayuki and Kuriyama Chiaki. In the summer, the band will provide the theme song for the CM of Shinseido Co.'s SEA BREEZE product with "BREEEEZE GIRL". On August 5th, Base Ball Bear released a new single named "Stairway Generation" which was the theme song of anime Gintama. On September, it is scheduled the long-awaited third major album, (WHAT IS THE) LOVE & POP?, containing all singles from "changes" to "Stairway Generation".

On January 3, 2010, they performed their first concert at Nippon Budokan. 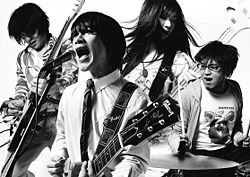 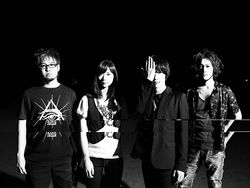 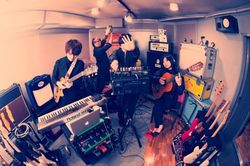 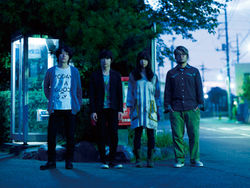 Base Ball Bear promoting "Tabibito In The Dark / Slow Motion wo Mouichido part.2" (2011) 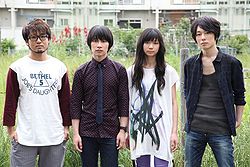 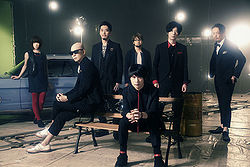 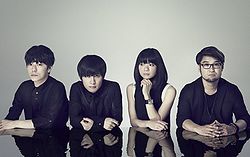 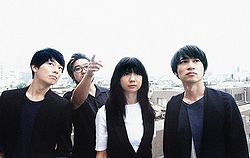 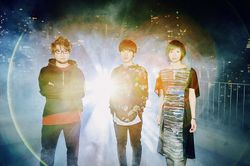