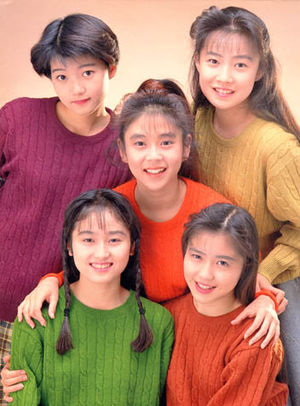 CoCo was formed in 1989 from the Fuji TV television show Paradise GoGo!! girl group Otomejyuku. The theme of the group was to express their music with the topic of the future of the world, dreams, love, having fun, and others. They debuted on September 1989 with the single EQUAL Romance and had much success, reaching #7 on the Oricon charts. At the same time, the seiyuu music group DoCo went on with the same conception of CoCo.

On May 1992, Sennou Azusa left the group after their final conest at the Nihon Budoukan to focus more on her solo career. The group planned to replace Sennou's vacant place by sending out audition application throughout their fanclub but never happened. The group disbanded two years later on September 1994.